Neutrino oscillations in the neutrino beam from CERN to Gran Sasso 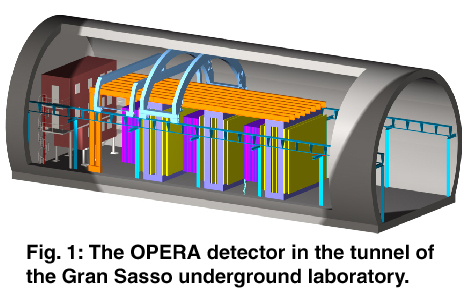 The question whether neutrinos have mass or not is of fundamental importance, not only for the standard model of particle physics. Neutrinos come in three different “flavours”: electronic νe , muonic νμ and tauonic ντ. Besides photons, neutrinos are the most abundant particles existing in the cosmos. They outnumber the ordinary baryonic matter by a factor 1010. This factor suggests that neutrinos, even if their rest mass is extremely small, may represent a considerable share of the total mass of the universe. Hence, they are candidates for a part of “dark matter”, which, though not found so far, is thought to account for 90-95% of the total mass of the universe. 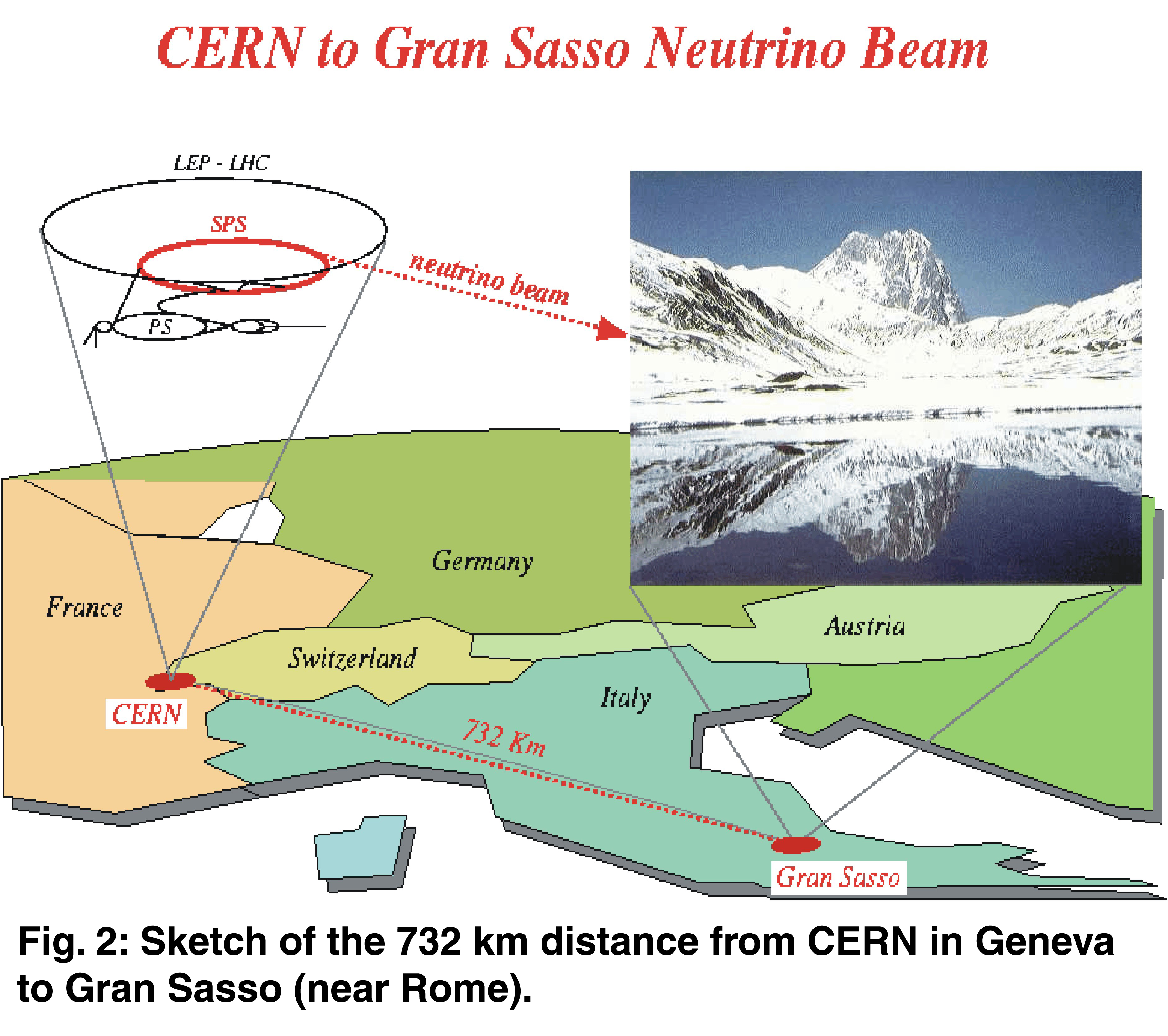 Our sun is a particularly intensive source of neutrinos, and it has been known for quite a while that a respectable share of the solar neutrinos mysteriously disappears on the way to our earth. The effect can be explained by the phenomenon of neutrino oscillation, which means that the flavour state (νe, νμ, ντ) of a neutrino varies with time along the distance travelled. Oscillation can however only occur, if neutrinos have a finite rest mass. The probability for a transition/oscillation from a state 1 into a state 2, W(1 → 2), is obtained from quantum mechanics:

Δm being the mass difference of the two neutrinos, L the path length, and E the kinetic energy. The smaller Δm, the larger the path length needed to obtain a measurable effect. In the CERN/Gran Sasso (long baseline neutrino oscillation) project, a muon neutrino beam νμ is produced at CERN and directed towards the OPERA neutrino detector located 732 km afar in an underground laboratory in the Gran Sasso highway tunnel.

The OPERA detector consists of about 13 million lead plates (approx. 2000 metric tons), which are arranged in a sandwich structure with photo emulsion sheets in between. The signature of a νμ to ντ oscillation event is the observation of the charged tauon particle from a neutrino-induced reaction in the detector. The use of nuclear photo emulsion is dictated by the fact that the tauon has only a short lifetime and thus generates a track as short as 100 µm. The challenge is to locate the proper emulsion sheet after a reaction occurred, to develop the sheet and to analyze the tracks contained in the sheet by use of automatic optical scanning microscopes.

Our group is at present building up a facility for the measurement of low radioactivity lead samples as a quality control for OPERA.

First data taking is scheduled in 2006.