History of the University of Münster

More information about the history of the University of Münster

A Jesuit seminary was founded in 1588. By the beginning of the 17th century, it was already offering philosophical-theological lectures, thereby laying the groundwork for the establishment of a university. Yet despite receiving papal and imperial privileges, efforts to found the university were unsuccessful, mainly as a result of financial difficulties. 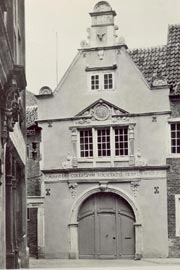 1771
The Archbishop of Cologne and Bishop of Münster Maximilian Friedrich issued a certificate establishing a state university in Münster with four faculties. 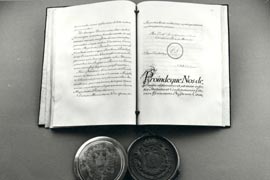 1774
A Faculty of Law was established. Instruction in Medicine began. 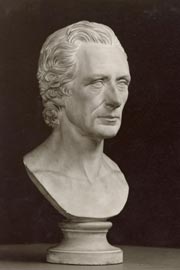 1818
On 18 October, the Faculties of Law and Medicine were closed. The university was converted to an “Institution of Higher Learning” (academy) with two faculties. 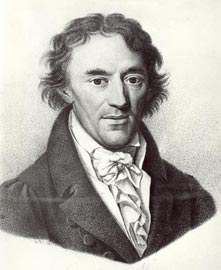 Christoph Meyer, professor of Jurisprudence since 1791, had to give up his professorship after the closure of the Faculty of Law and Political Science in Münster
(Etching, photo: University archive, inv. 68 no. 522)

1832
On 12 November, King Friedrich Wilhelm III of Prussia issued statutes making the “Academic Institution” a training centre for secondary school teachers and Catholic clergy “in the Westphalian province”. The statutes also granted the Faculty of Theology the right to award doctoral and post-doctoral degrees.

1843
The name “Academic Institution” was formally changed to the “Royal Theological and Philosophical Academy”.

1844
The Academy’s Faculty of Philosophy was granted the right to award doctoral degrees. The privilege did not extend to candidates in the Natural Sciences.

1880
The Academy moved into a new main building on Domplatz. 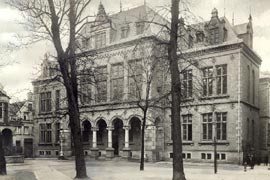 On 1 July, after the Faculty of Law and Political Science had been re-established, Emperor Wilhelm II elevated the Academy to the status of a university. 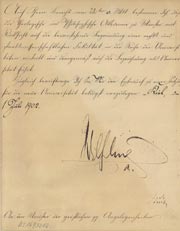 1905
Four women were granted permission to enrol as auditors in the summer semester of 1905. 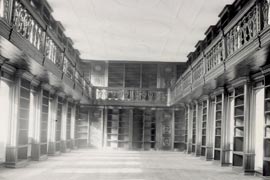 1908
In August, the Prussian Ministry of Science issued a decree permitting women to study. The first six female students registered for enrolment at the University of Münster in the winter semester 1908/09.

In 1914, Hedwig Montag became the first woman to graduate from the University of Münster with the State Examination for Higher Teaching Positions
(University archive, inv. 68 no. 1013)

1914-1918
The Faculty of Protestant Theology was established in 1914. Numerous students and lecturers enlisted to serve in the First World War. 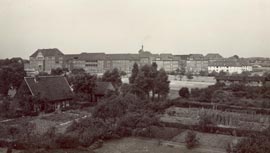 That same year, the Institute of Physical Exercises was added to the university. 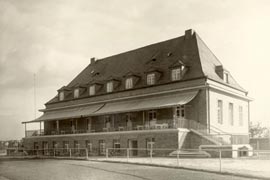 Athletic facility on the University sports grounds, built in 1927
(University archive, inv. 68 no. 22)

1930
The University celebrated its 150th anniversary. 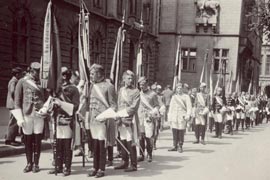 1933-1945
After the National Socialists seized power in 1933, the self-administrative authority of the University was progressively curbed. Restrictions were placed on student admissions; the Senate was stripped of power. The Rector, appointed by the Ministry of Education, was granted sweeping powers as leader of the University. Jewish and “politically undesirable” students and instructors were forced out of the University and persecuted. Some of the persecuted individuals were able to emigrate or escape from Germany. Others, like the Pharmacology professor Dr. Hermann Freund, were murdered in concentration camps. Like all other German universities, the University of Münster was also forced to politically conform to National Socialism. At least some areas of research and teaching succumbed to the Nazi ideology or curried favour with those in power. 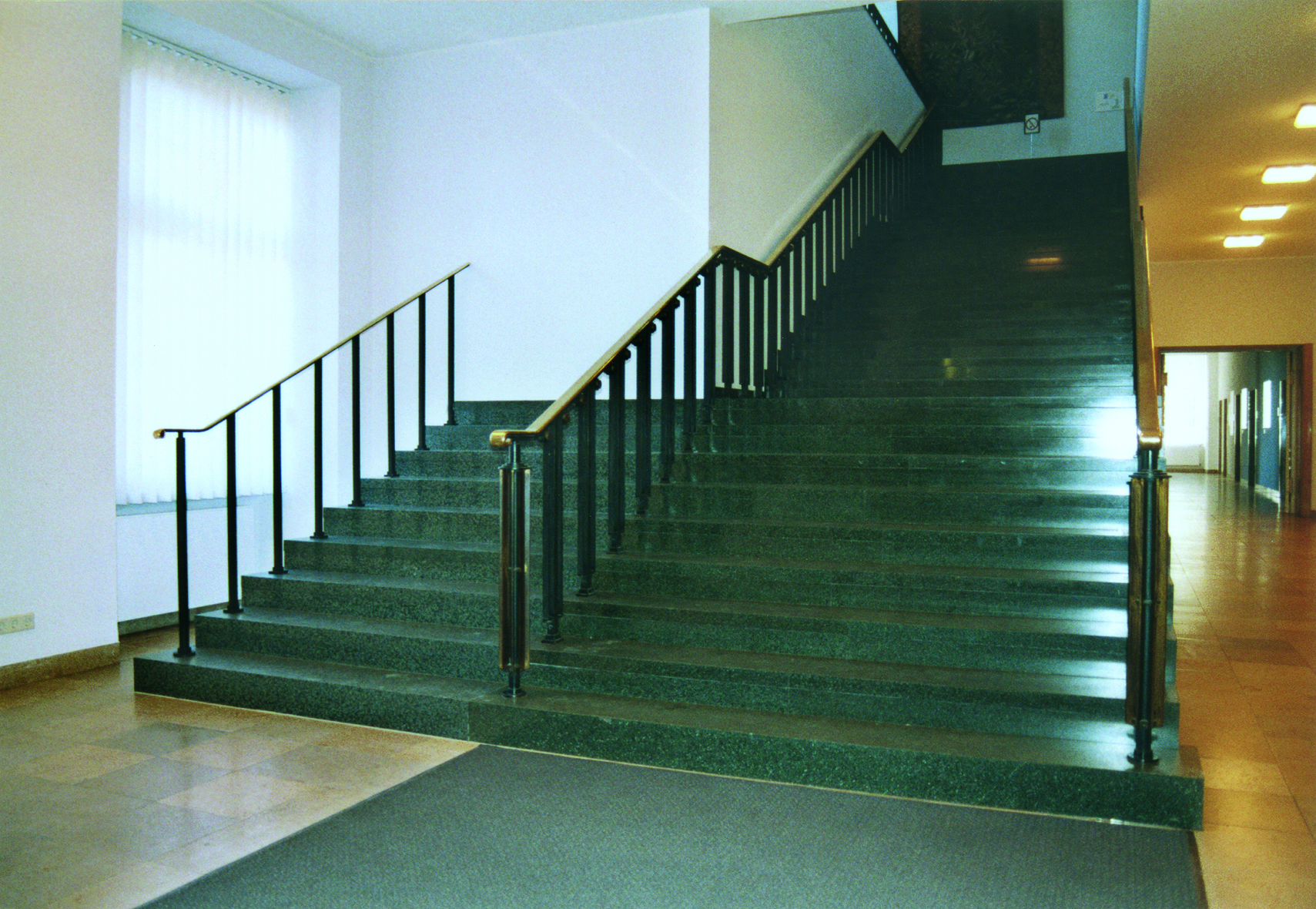 Monument in the Schloss commemorating the staff and students of the University of Münster who were dismissed or barred from studying for “racial” or political reasons
(Photo: Martin Schulz) 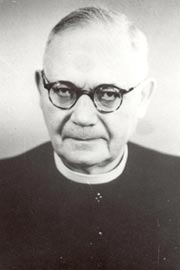 The Theology professor Dr. Georg Schreiber was one of the professors forced to vacate their position at the University of Münster. In 1945, he was elected as the first Rector of the post-war era.
(University archive, inv. 68 no. 3462)

Numerous male students and instructors were called to military service at the beginning of the war. A large number of University buildings were destroyed in massive aerial bombings. Due to the widespread destruction of its facilities, University operations were suspended in the winter semester 1944/45. The Academic Administration and the Faculty of Medicine relocated to Bad Salzuflen. 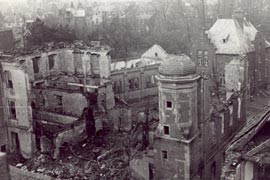 On 3 November, a ceremony was held in the Stadthalle to mark the reopening of the University of Münster. In the following months, the various faculties successively commenced instruction. The instructors and student applicants alike were required to participate in the denazification programme. Nonetheless, most of the academic staff who had in some manner collaborated with the Nazis were permitted to continue their career – at least after a certain period had lapsed. Many students were required to join the “German Construction Service” (D.A.D.) brigades for a time before being allowed to begin their studies. 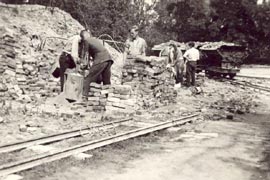 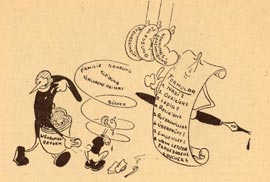 1954
At a ceremony on 31 July 1954, at which the Minister of Education Mr. Schütz was also present, the reconstructed Schloss, which had been severely damage during the war, was inaugurated as the main building of the University. 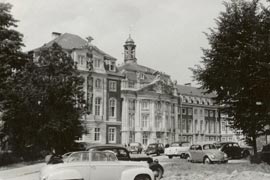 1956 to late-1960s
After most of the war rubble was removed, a busy phase of construction began. Starting in 1956, a number of new buildings were added to the University, e.g. the Centre of Natural Sciences on Coesfelder Kreuz, the auditorium on Hindenburgplatz, the buildings housing the Faculty of Economics and the Faculty of Catholic Theology, the dining hall and several student halls of residence. In the winter semester 1960/61, the number of students exceeded 10,000 for the first time. Ten years later, the student enrolment numbers increased to more than 20,000. This made the University of Münster a so-called “mass university”. Construction efforts were intensified again in the mid-1960s with the expansion of the Medical Facilities, the Centre of Natural Sciences and the new University Library. The additions also included a number of new service buildings.

1980
The “Münster department” at the Westfalen-Lippe Teacher Training College was integrated into the University of Münster. The University celebrated its 200th anniversary. Numerous events were held to commemorate the occasion. 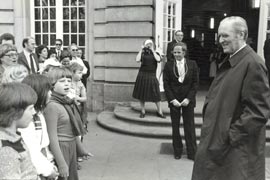 A visit by the German Federal President Karl Carstens during the 200th anniversary commemoration; in the background, University Rector Prof. Dr. Müller-Warmuth
(University archive, inv. 68 no. 658) 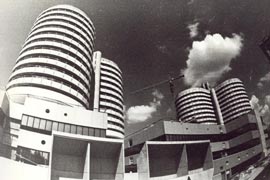 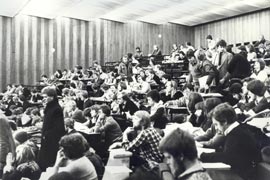 2001
The Faculty of Medicine underwent extensive reorganisation. The Medical Facilities were converted to independent institutions under public law.

2002
The University constitution of 1985 was replaced by a new constitution which granted more authority to the Rectorate.

2007
With the enactment of the North Rhine-Westphalian Higher Education Autonomy Act (NRW Hochschulfreiheitsgesetz) on 1 January 2007, the University of Münster became an independent statutory body under public law. A University Council was established to oversee central tasks and responsibilities, such as electing members to the Rectorate and approving the Economic and Development Plan.

More information about the history of the University of Münster

Structure of the University

Student enrolment over the years [de]