Alzheimer disease is one of the most challenging demons in our society due to its very high prevalence and its clinical manifestations which cause deterioration of cognition, intelligence, and emotions – the very capacities that distinguish Homo sapiens from other animal species. Besides the personal, social, and economical costs, late stages of AD are vivid experiences for the family, relatives, friends, and general observers of the progressive ruin of an individual who turns into a being with lower mental and physical capacities than less evolved species. A human brain with healthy cognition, conscience, and emotions can succeed in dealing with most difficulties that life may pose. Without these capacities, the same person probably cannot. Due, in part, to this emotional impact, the absorbing study of AD has generated, over the years, a fascinating and complex story of theories, hypotheses, controversies, fashion swings, and passionate clashes, together with tremendous efforts and achievements geared to improve understanding of the pathogenesis and treatment of the disorder. Familal AD is rare and linked to altered genetic information associated with three genes. Sporadic AD (sAD) is much more common and multifactorial. A major point of clinical discussion has been, and still is, establishing the differences between brain aging and sAD. This is not a trivial question, as the neuropathological and molecular characteristics of normal brain aging and the first appearance of early stages of sAD-related pathology are not easily distinguishable in most individuals. Another important point is confidence in assigning responsibility for the beginning of sAD to a few triggering molecules, without considering the wide number of alterations that converge in the pathogenesis of aging and sAD. Genetic risk factors covering multiple molecular signals are increasing in number. In the same line, molecular pathways are altered at early stages of sAD pathology, currently grouped under the aegis of normal brain aging, only to increase massively at advanced stages of the process. Sporadic AD is here considered an inherent, natural part of human brain aging, which is prevalent in all humans, and variably present or not in a few individuals in other species. The progression of the process has devastating effects in a relatively low percentage of human beings eventually evolving to dementia. The continuum of brain aging and sAD implies the search for a different approach in the study of human brain aging at the first stages of the biological process, and advances in the use of new technologies aimed at slowing down the molecular defects underlying human brain aging and sAD at the outset, and transfering information and tasks to AI and coordinated devices. 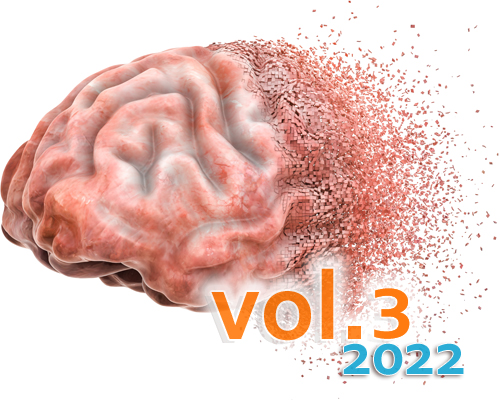 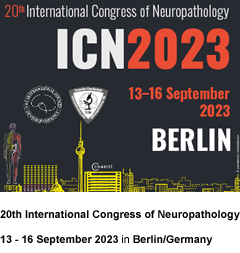