Materials are called soft matter if their state is in the intermediate region between liquid and solid and cannot be clearly assigned to one of these categories. Besides classic representatives of soft matter such as liquid crystals, polymer melts and solution, gels, and elastomers, also biomaterials like cells, etc. as well as materials with biomimetic functionalities are called soft matter.

Within our research group we employ, polymers with different functionalities. Either these polymers are applied in their pure form or they are mixed with dyes or liquid crystals. In the field of biophotonics, we employ different types of cells that can also be modified.

Polymers that are functionalized with an azo dye are called azopolymers. The particlaur feature of these materials is the configurational isomerism of the azo group that can be switched optically between cis- and trans state resulting in a modification of the spatial conformation of the azo material. If a thin film of an azopolymer is illuminated with light of sufficient intensity for a certain amount of time, a process called photofluidization occurs. During photofluidization, the azopolymer can move along the direction of the polarization of the incident light from regions with high light intensity to regions with low light intensity. If the illumination is not homogeneous but instead with a patterned light field, a surface relief grating corresponding to the light pattern is formed at the surface of the polymer film. Additionally, in the bulk of the film, a refractive index pattern is generated. In contrast to photopolymers, the formation of surface reliefs is reversible, i.e., structures can be deleted. Due to these functionalities, azopolymer were temporarily considered as materials for holographic data storage. We employ patterned azopolymer films as masters for preparation of transparent stamps of the soft material polydimethylsiloxane (PDMS). These PDMS stamps in turn have several possibilities for application. One example is the usage as light redistributing film and therefore efficiency enhancing film on top of solar cells.

In additon to photorefractive (PR) crystals polymer-based photorefractive materials have been developed continuously since the early 1990s. Besides fully-functionalized polymers the approach of photorefractive polymer composites where every component of the mixture provides one part of its functionality has proved to be very promising. Especially if applications need fast response times, e.g., holographic 3D displays, PR composites have become the materials of choice. Additionally, due to their modular composition, they can be tailored to almost every specific need. This includes the wavelength range where the material is sensitive as well the electro-optic properties. The polymer composites we synthesize in our group typically consist out of one to two components per function. In detail, there typically is a dye that provides the desired light sensitivity and can be excited by light. If this dye is combined with a hole conducting polymer, a photoconductive material is formed. Adding an electro-optic component, e.g., a liquid crystal, leads to the formation of a polymer composite that is photorefractive. 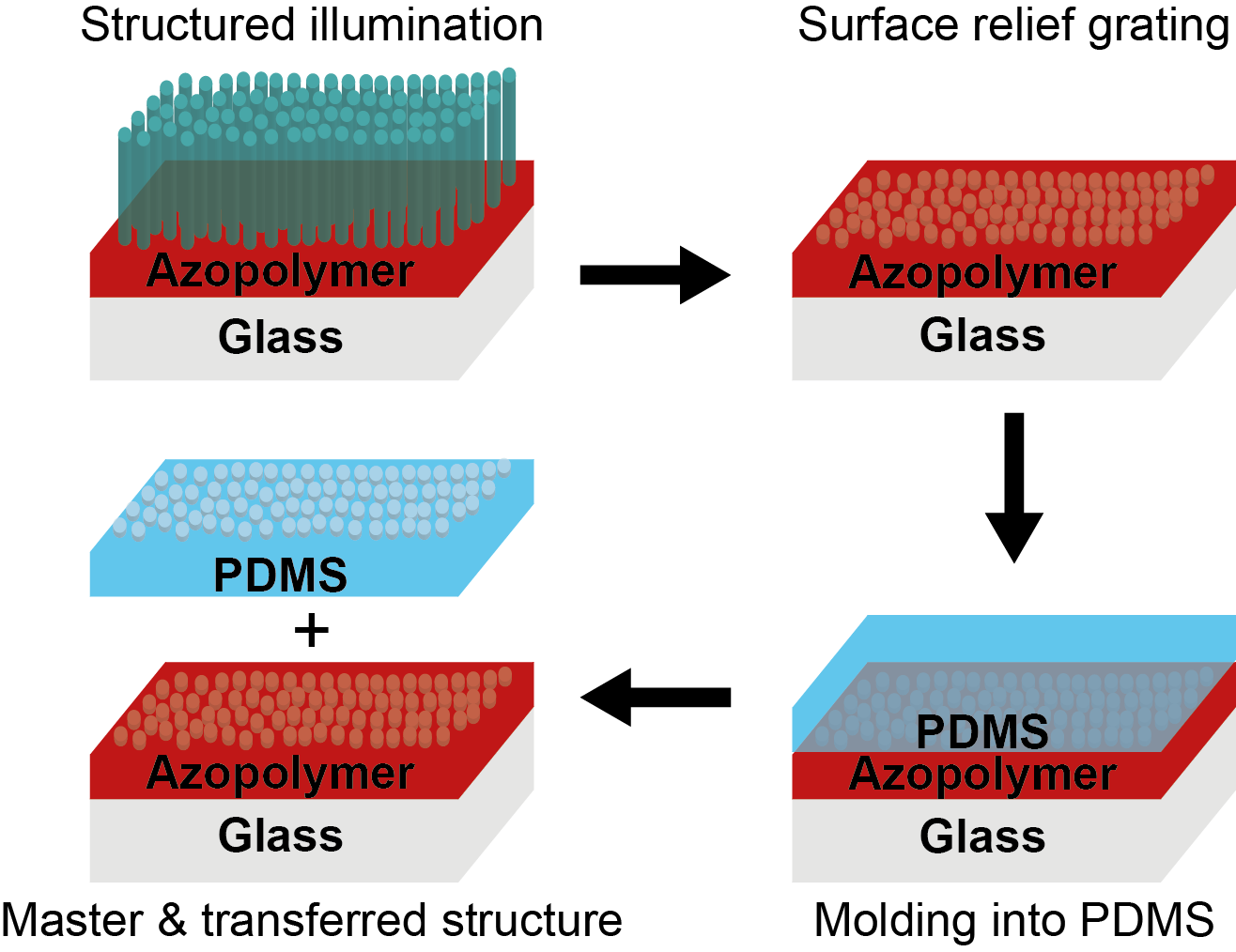 Organic molecules that undergo a polymerization reaction when exposed to light are called photopolymers. The polymerization itself leads to a refractive index change or local hardening at the exposed areas. While the process mentioned first is suited for data storage as well as generation of diffractive optical elements, the other process typically is employed to fabricate objects that are structured on the micro and nanometer scale. This technique allows the generation of 3D-printed objects that are several orders of magnitude smaller than those created with conventional devices.