The rising demand for electrical energy and the ambition to gain as much as possible out of sunlight has led to a large gain in research on technologies that complement silicon-based solar cells. One of the emerging concepts is the so-called organic solar cell that is grounded on carbon-based active materials, i.e., organic molecules and polymers, for energy conversion.

Organic solar cells are from particular interest because of their great adaptability to the specific application. Lightweight and flexible cells that are realized on top of thin foils can be assembled onto curved surfaces such as cars. Furthermore, also semitransparent cells are possible that can be implanted into windows and therefore adding an energy converting functionality.

There are two basic principle for the realization of the inner structure of organic solar cells. One is the so-called bilayer heterojunction. Here, donor and acceptor materials form separate layers with one joint interface. The other principle is the bulk heterojunction (BHJ) where donor and acceptor are mixed. In our research group, we research the influence of novel donor and acceptor materials on the efficiency of BHJ solar cells. We employ polythiophene derivatives as donor materials. These proved to be the most promising candidates during the last years. Today, the most prominent acceptors are fullerene derivatives, but others that possess the potential to replace them are upcoming. We favor perylene derivatives that are particular outstanding. They provide significantly stronger absorption compared to fullerenes, while exhibiting high electrical conductivity. Furthermore, functionalization allows them to fit the needs of the desired type of solar cell.

Another focal point is the development of concepts for a highly efficient light management in- and outside the solar cell. In detail, this means that not only strong absorbing materials are employed within a solar cell but also light is coupled into the cell very effectively. Additionally, light is also redistributed within the cell to maximize the conversion efficiency. 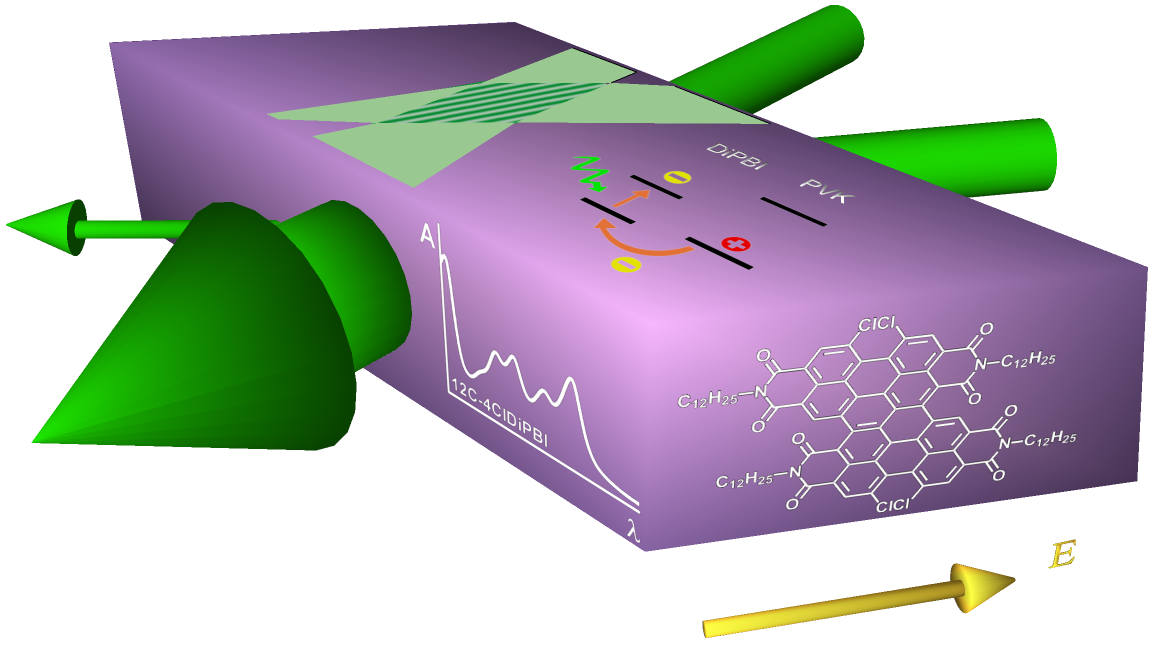