As of now, the BCN will no longer report on new literature titles.

New literature on the history of the abbey of Cluny and the (con)federation of monasteries called Cluniacensis ecclesia published in 2020 or later will not be announced here.

Instead, we recommend using the freely accessible services of other institutions to find the latest publications on the subject of Cluny. For example, try the following databases.


History of the BCN 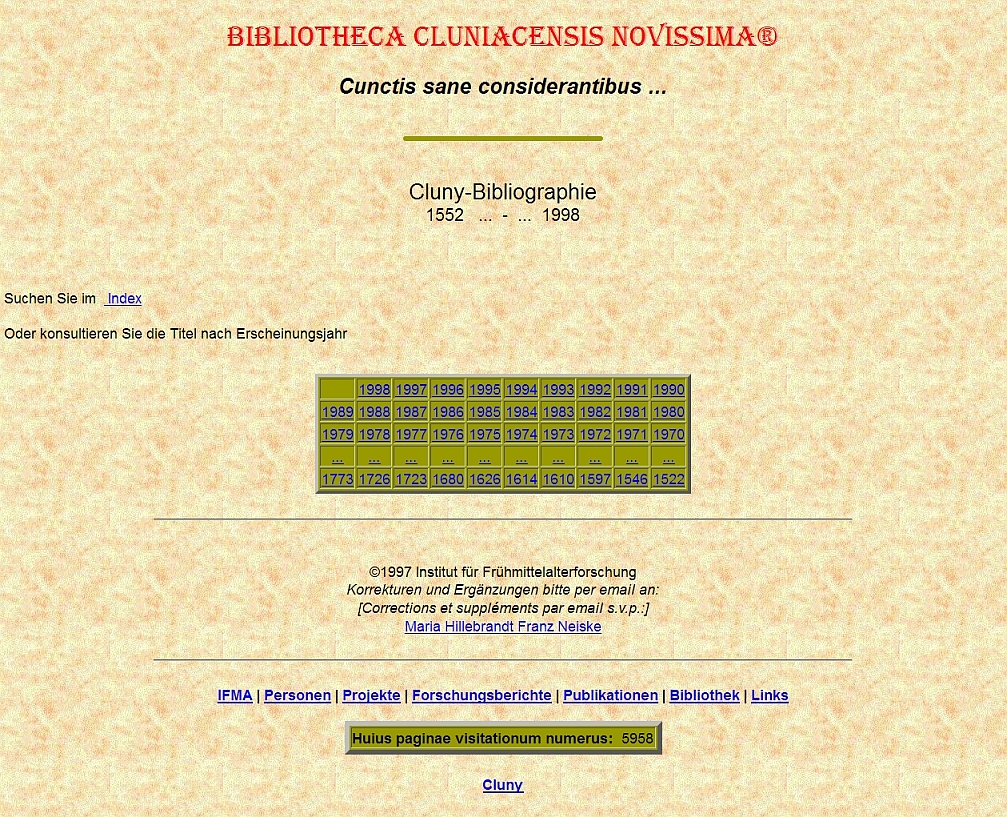 Since 1998, the  Bibliotheca Cluniacensis novissima  has offered an overview of the international literature on the history of the Cluny Abbey and the Cluniacensis ecclesia. The beginnings of the collection started as early as the 1980s from seminar and master papers written by members of the staff working on the Cluny-Project in the Institute for Early Medieval Research and several collaborative research centres, and was based in the beginning on a list started by Else Maria Wischermann. 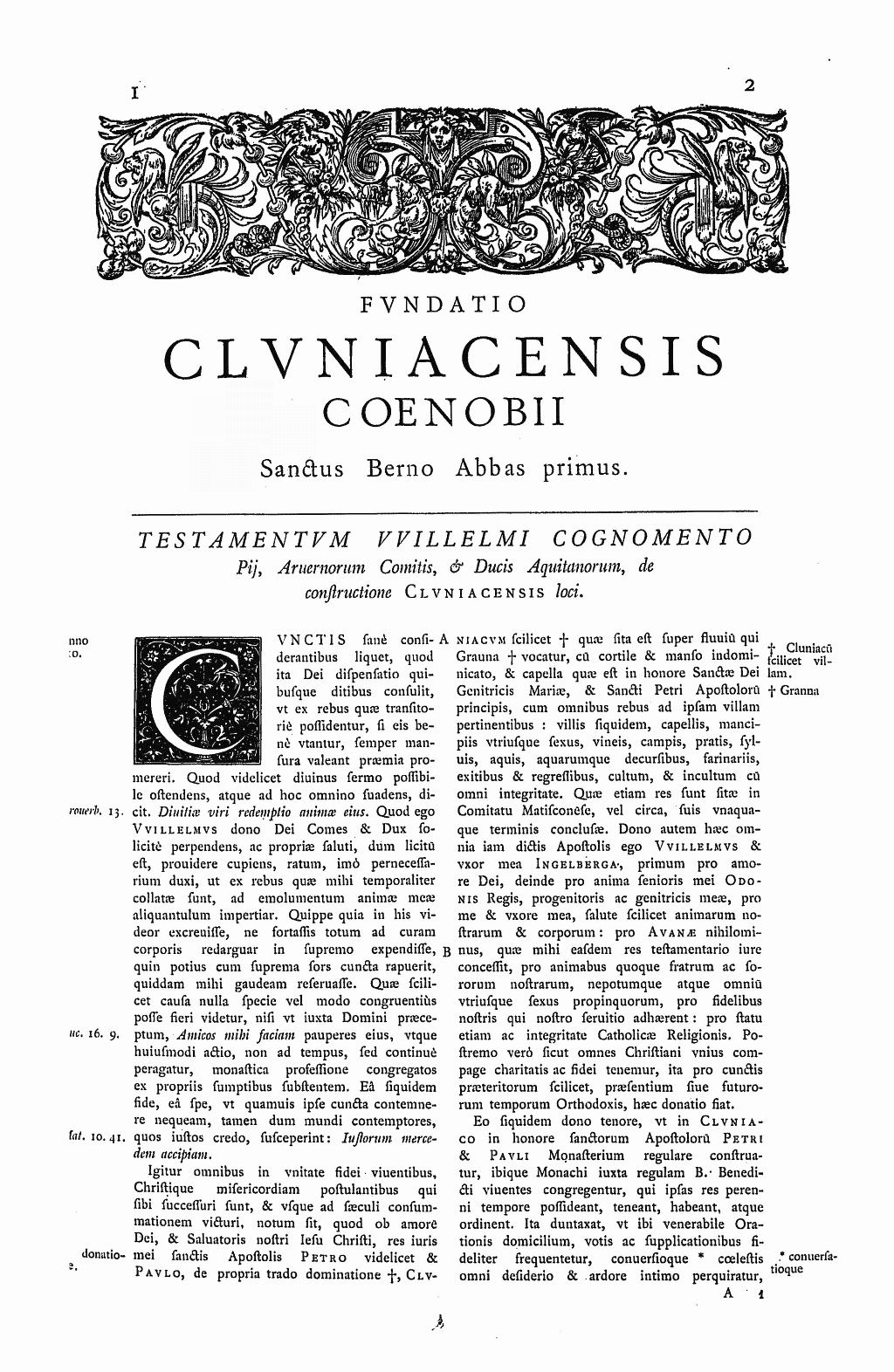 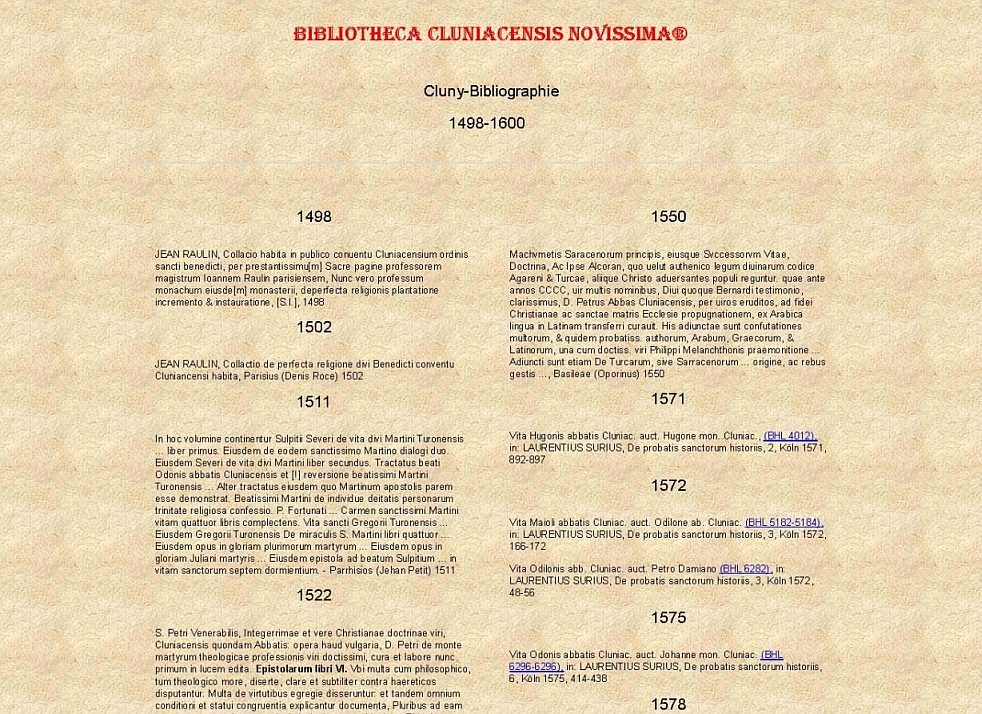 In 1999 the collection comprised around 1000 titles; in the first two decades of the 21st century, research on the history of Cluny intensified due to the growing interest of the international specialists' community, especially in connection with the 1100th anniversary of the founding of Cluny in 2010. In addition, we have added numerous older titles from Cluny research, starting with the earliest prints.

At present, the  Bibliotheca Cluniacensis novissima  offers more than 4500 titles and about 2000 references (links) to texts, books and essays on the internet. We will continue to add to and improve the literature on Cluny up to 2019 even in future.

We would like to thank the colleagues who have accompanied and supported our work with their additions and corrections.