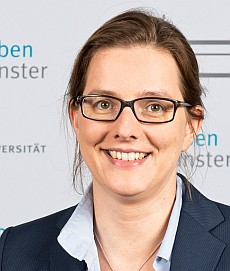 
Iris Finkemeier received her PhD in Plant Physiology and Biochemistry from the University of Bielefeld in 2005, where she worked in the group of Prof. Karl-Josef Dietz. Shortly afterwards she was awarded a Feodor-Lynen Research Fellowship from the Alexander von Humboldt Foundation to work at the Department of Plant Sciences with Profs. Lee Sweetlove and Christopher Leaver, University of Oxford (UK). In 2007, she was awarded a Junior Research Fellowship from Christ Church College, which allowed her to continue the research in Oxford. In 2010, she moved from Oxford to Munich to start a young investigator group at the Ludwig Maximilians University Munich funded by the Emmy Noether program of the DFG. Her group was associated to the department of Dario Leister where she performed her Habilitation in Botany. In 2014, she moved with her Emmy Noether group to the Max Planck Institute for Plant Breeding Research as head of the Plant Proteomics and Mass Spectrometry facility. In 2015, she was appointed as Full Professor for Plant Physiology at the WWU Münster. Her goal is to identify novel regulators of plant metabolism and related retrograde signaling pathways.