Abstract: The paper aims to reconstruct the purchase, sale and current location of some gold medallions acquired by the Venetian erudite and collector Apostolo Zeno. In particular, there were four specimens that Zeno sold to cardinal Alessandro Albani, which later became part of the Vatican collection. Two of these medallions were later bought by the Duke of Blacas and then passed into the collection of the British Museum, where they are currently kept.

On 12 September 1718 the Venetian erudite Apostolo Zeno (1668–1750) arrived in Vienna, at the court of the Emperor Charles VI of Habsburg (1711–1740) where he remained, more or less permanently, until 1731, and where he devoted himself, from 1722 with increasing assiduity and constancy, to the collection and the study of ancient coins. As a result, an extraordinary collection of over ten thousand pieces was achieved thanks to the considerable wealth provided by his service, as poet laureate, at the imperial court and to the network of relationships he built and maintained throughout his life.

Especially during the first years in Vienna, Zeno had the opportunity to purchase some gold medallions that soon, however, he decided to sell in order to realise a significant profit, as confirmed by a passage in the »Diario Zeniano«[1], dated on 31 July 1745: »Una volta sola so d’aver venduto medaglie[2]: e furono quattro medaglioni d’oro, che diedi all’Albani per 170 zecchini: a me costavano 25 ongari«[3]. Albani has to be identified with the Catholic cardinal Alessandro Albani (1692–1779), born in Urbino, collector of antiquities and art patron.

Zeno came into possession of the four specimens in different times and circumstances. One of these medallions, minted during the reign of Gallienus (253–268 A.D.), was purchased between August and September 1723, when he was in Prague for the coronation of Charles VI as King of Bohemia, and he had the opportunity to acquire the precious specimen, as testified by what he wrote to his half-brother Andrea Cornaro on 14 September 1723: »I giorni passati comperai qui un altro bel medaglione d’oro di peso di quattro ungheri, con la testa di Gallieno da una parte, e dall’altra con un Ercole con clava, e pelle di lione, e la leggenda Virtus Gallieni Augusti«[4]. Zeno’s mention to »un altro bel medaglione d’oro« is indirectly alluding to the first medallion, struck by Valens (364–378 A.D.), that the Count Lippe gave to him two years earlier in Vienna[5].

The description of the Gallienus specimen allows to easily identify the medallion: on the obverse the head of the emperor laureate to the right and the legend IMP GALLIENVS AVG COS V; while on the reverse Hercules standing to the left with the lion’s skin, a branch in the right hand, a club in the left and legend VIRT GALLIENI AVG[6].

As already mentioned, four medallions were sold to cardinal Albani, but unfortunately we do not know the circumstances that led to the acquisition of the other two specimens. However, their description is provided by Zeno himself in a letter of 13 March 1728, addressed to the Somascan father Gianfrancesco Baldini (1677–1764) in Rome[7]. At this date Apostolo already intended to sell his medallions with the aim of obtaining the maximum profit. He was quite reluctant to sell portions of his numismatic collection, although minimal, and the statement »Una volta sola so d’aver venduto medaglie«, leads to this conclusion, and suggests that it was a rather exceptional fact. Perhaps he considered the collection of gold medallions too expensive or too risky, fearing of running into counterfeits[8], and he came to the decision, certainly thoughtful, to sell the four specimens in his possession with the aim, certainly not secondary, to achieve a lucrative profit.

The exact date of the sale of the medallions to Albani is unknown but in 1738 the collection of the medallions of the Cardinal, including the four specimens sold by Zeno, passed to the Vatican collection[14] and the transaction, therefore, must have occurred before that year.

Between 1739 and 1744 a work was published, in two volumes, edited by Rodolfo Venuti (1705–1763)[15]: »Antiqua numismata maximi moduli Aurea, Argentea, Aerea, ex Museo Alexandri S.R.E. Card. Albani in Vaticanam Bibliothecam a Clemente XII Pont Opt Max translata (…)«, in which he described many of the medallions of the former Albani collection, and among them, the four specimens which had belonged to Zeno. In the first volume, published in 1739, the double stater of Alexander the Great is indicated (see note 12, and fig. 1) with a weight of 16.767 g[16], lighter than the one reported by Zeno (»cinque ungheri«, about 17.25 g, see note 3). The other three specimens were included in the second volume, published in 1744; following the chronological order it mentioned the medallion of Gallienus (fig. 3), with a weight of 13.91 g[17], almost the same cited by Zeno (»quattro ungheri«, about 13.8 g). It is however important to highlight a detail: its reproduction does not present the hole over the head (see above). It could be an oversight or, more likely, the engraver’s intention to show the intact medallion[18]. The last two specimens, related to Costantius Chlorus (fig. 6) and Valens (fig. 2), are respectively of a weight of 12.64 g (Zeno indicated »quattro ungheri«, 13.8 g)[19] and 36.25 g, almost the same mentioned by Zeno (»dieci ungheri e mezzo in circa«)[20].

The medallions were displaced in 1798, when, under the terms of the treaty of Tolentino, stipulated the previous year, the specimens from the Albani collection, as well as many other precious coins, were taken from the Vatican collection by the delegates of the French Republic, and brought to Paris[21].

We can affirm with reasonable certainty that two of the four medallions belonged to Apostolo Zeno are now kept in the British Museum, both coming from the Louis de Blacas d’Aulps collection, which was entirely purchased by the Museum in 1867. The first medallion is the Gallienus one (Museum number 1867,0101.821, with a weight of 13.980 g, fig. 5), declared to be owned, in the information entry of the Museum, by the Duke of Blacas[22]. The aristocrat is mentioned as the owner of the specimen also in the fourth volume of the first edition of Henry Cohen’s work, »Description historique des monnaies frappées sous l’Empire Romain«, published in 1860[23]. In 1868 Frederic W. Madden (1839–1904) writing for the Numismatic Chronicle about the gold coins of the Blacas Collection acquired the previous year by the British Museum, reported exactly this Gallienus medallion (fig. 4)[24]. The Duke’s name appears also in the Francesco Gnecchi’s work on the Roman medallions, published in 1912, in which the author reports the Gallienus medallion and, among the known pieces, a specimen preserved in London with the following words: »già Blacas anticamente Vaticano, m. 28, gr. 14.000«[25]. It is obviously the medallion kept in the British Museum with the identification number mentioned above, and it is more than plausible to conclude that it is the same specimen belonged to cardinal Albani, and before to Apostolo Zeno, even more so if we consider the provenance of the Vatican collection. Lastly, to corroborate the hypothesis there is also another important clue represented by the hole placed over the head of Gallienus, a detail also reported by Zeno in his letter to Baldini (»un buco sopra la testa«, see above).

Thanks to the publication of Gnecchi we can trace also the location of the Costantius Chlorus medallion. In the concerning form the author wrote: »Londra (già Blacas anticamente Vat. Alb.) m. 25, g. 12,975«[26]. Therefore, this specimen followed the same path of the previous one to reach the collection of the British Museum, where it is still kept (Museum number 1867,0101.879, with a weight of 12.830 g, fig. 7)[27].

The research of the specimens that belonged to the numismatic collection of Apostolo Zeno is partly the subject of my doctoral thesis, and represents a fascinating evolving path that it can never really says to be concluded. Nevertheless, every coin found, and returned, to its collector’s history helps to keep alive the interest for a collector and a collection that do not really deserve to be forgotten.

* This article mainly derives from my doctoral thesis: »La collezione numismatica di Apostolo Zeno«, a research project in collaboration between the Universities of Venezia Ca’ Foscari, Udine and Trieste, and in cooperation agreement with the Westfälische Wilhelms-Universität Münster.

[1] The Diary was written by Marco Forcellini (1712–1793), the personal secretary and friend of Apostolo Zeno, and it contains some passages of the conversations the two entertained since 1745. The manuscript is kept in the Biblioteca Medicea Laurenziana in Florence, Fondo Ashburnham 1502, and its content were published in 2012 edited by Corrado Viola with the title of »Diario Zeniano (Firenze, Biblioteca Medicea Laurenziana, Ashb. 1502) Marco Forcellini«.

[2] Apostolo Zeno (and his numerous interlocutors), in all documentation examined, refers to ancient coins as »medals«. This use originated from the XIV century and in the XVIII century it was fully accepted. See Saccocci 2001, 58 and, for further details on this issue, Missere Fontana 1995 and Mc Crory 1999.

[4] »The past few days I bought here another beautiful gold medallion, weighting four ungheri, with the head of Gallienus on one side, and on the other Hercules with the club and the lion skin, and the legend VIRTVS GALLIENI AVGVSTI«: Lettere Zeno 1785, vol. III, Lett. 601, 382; cf. »Fontes Inediti Numismaticae Antiquae« (from now on, »FINA«), ref. 6744: https://fina.oeaw.ac.at/wiki/index.php/Apostolo_Zeno_-_Andrea_Cornaro_-_1723-9-14 [transl. R. Tomassoni].

[7] The friendship and the epistolary exchange between Zeno and Baldini intensified from 1723–1724, when Apostolo bought the collection of Roman imperial silver coins of the Somascan Father. Baldini’s competence in the numismatic field is well known and it is enough to mention his updated edition of the work of Jean Foy Vaillant (1632–1706): »Numismata imperatorum Romanorum praestantiora a Iulio Caesare ad Postumum«, in three volumes, published in Rome in 1743. For a complete analysis on these issues I refer to my doctoral thesis, Tomassoni 2021, in particular to chs. 2 (pp. 27–36), and 6.

[8] The counterfeiting was an issue much felt by Zeno and in general by collectors of his time, see Tomassoni 2021, ch. 5. The question of false coins and their authors was already known and discussed in the 16th century, see Missere Fontana 2013.

[13] »All the mentioned medallions are of pure gold and undoubtedly antique, and well-preserved. In Gallienus’ one there is a hole over the head; and this is the only defect« [transl. R. Tomassoni].

[15] Indeed, Venuti reached a remarkable reputation thanks to the editions of the numismatic catalogues of Albani’s, Mattei’s and Odescalchi’s collections. In 1734 he also became auditor in Rome of cardinal Albani and the curator of his antiquarian collection. In 1744 Pope Benedict XIV (1740–1758) appointed Venuti as apostolic antiquary and apostolic commissioner over all ›archaeological excavations‹: see Cristofani 1983, 49.

[18] The engravings of the medallions were made by the painter Gaetano Piccini: see Le Grelle 1965, p. XVIII, note 10.

[21] Gnecchi 1905, 16 and following. See also Gnecchi 1912, vol. I, 36 (about Valens’ medallion). The treaty of Tolentino was signed on 19 February 1797 between the French of Napoleon Bonaparte, who had occupied the papal territories of central Italy, and the diplomates of Pope Pius VI (1775–1799). In particular, the articles 10 and 12 of the treaty obliged the Pope to pay to the French army a compensation of 30 million of lire tornesi (tornesel or tornese), in cash, diamonds and other precious objects. To deepen this topic, see Filippone 1959.

[22] In this entry there were no references to Apostolo Zeno or cardinal Albani; these were recently added following the hypothesis of this article, formulated previously in my doctoral thesis. 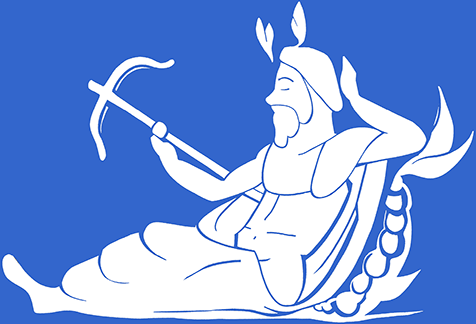